The History of Realms of Despair 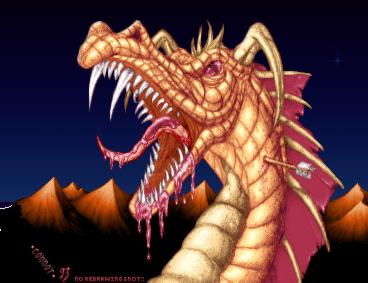 Realms of Despair was opened to the public in July 1994. It added to DikuMUD by allowing modification of operating parameters through the MUD itself rather than having to manually edit configuration files, or even the source code itself. This benefit was contributed back to the MUD community through the release of the SMAUG code.

In these groups, players (also known as "mortals") work alongside game administrators to better the game. The Symposium council works to develop new ideas and projects. The Newbie Council strives to assist new players to the game, offering friendly advice and practical help to players who die in-game. Other councils, composed of representatives from orders and guilds, help to develop and run mortal-designed quests. The Pkill Conclave, composed of clan representatives, works to improve the pkill system.

These player groups have thematic restrictions, such as limitations of which character classes that may join. There are currently seven orders: Arcanes, Ascendere, Baali, Dragonslayer, Inconnu, Ringbearers, and Sanctus Irae.

These are organizations within the game for players who choose to engage in player vs. player combat. Such players are known as "deadlies". They may only attack and kill other players who have chosen this option. Other than councils, clans are the only organizations which deadlies may join. The current clans of the game are Ombra and Mortiferis.

An additional character class, "Barbarian", exists within the game. Barbarians cannot join guilds, but instead may group together in their own organizations, called Bands. There are currently three bands: Band of the Bear, Band of the Wolf, and Band of the Boar.

In 2008 an additional in-game grouping, "Sects", were added. Each of these groups is led by a player who has obtained a house or apartment within the game. Players who join a sect have access to a shared communication channel (called secttalk) as well as the ability to travel from any recallable location within the game to the virtual home of the Sect (the Sect's "recall" point).

See the appropriate tab to view more details on organizations.

SMAUG takes its name from the fictional character and the main antagonist of J. R. R. Tolkien's The Hobbit. One of the last great dragons of Middle-earth, Smaug rose to prominence by laying waste to the town of Dale and capturing the Lonely Mountain (Erebor) with all of its treasure. These events occurred some 150 years before the events of The Hobbit, and Smaug was already centuries old at the time. The Hobbit recounts the tale of a party of dwarves and the Hobbit Bilbo Baggins to recapture the mountain and kill the dragon. In the book, the dragon is sometimes called Smaug the Golden or Smaug the Magnificent.

The fictional world of the Realms of Despair is divided into fourteen nations. Each nation consists of an individual race: Humans, Elves, Dwarves, Halflings, Pixies, Half-Ogres, Half-Orcs, Half-Trolls, Half-Elves, Gith, Drow, Sea-Elves, Dragonborn, and Gnomes. When creating a character, a player must choose one of these races, and through their choice become eligible to participate in the corresponding nation. Each nation has its own government, hometown, and in-game communication channel.

Realms of Despair has enjoyed considerable popularity, at its peak having more than 800 players simultaneously logged in. While many MUDs come and go, the Realms of Despair remains a fantasy haven for many people world-wide.

Top
All enclosed pages and materials © 1994-2020. All Rights Reserved.
Contact the webmaster with questions or comments: webmaster@realmsofdespair.com